I'm starting to feel a lot better. I had to make some homemade chicken rice soup, from scratch because everything on the shelves has too much sodium. I didn't want to piss off Scott! I'll definately be taking immunity boosters for the rest of my "competition size" journey. I'll have to work back into my workouts this week and make sure I don't over do it.

I wish everyone a very happy Family Day tomorrow and make sure to switch off and truly focus on your family; I will be.
Posted by ShannonJonas at 12:51 PM No comments:

Sick; it even happens to trainers!

Even trainers get sick. Yes, we are not invincible! The one downfall to training for a competition, believe it or not is lower immunity. Once your body falls below 18.5% body fat, you have lower immunity and you can become sick easier. This is why I would never do this more then once in my life because staying within a low body fat range can also cause other irreversible effects.

-Low Immunity: as discussed above;
-Cancer Risks: people that do not get enough healthy fats and are malnourished Fall prey to types of cancer. Vegetables and fruits help your body protect against cancers.
-Osteoporosis, Bone breaks and Fractures: proper nutrition and healthy fats promote healthy bone growth. Proper vitamins and minerals from your food help decrease your chances of developing arthritis,brittle bones and osteoporosis.

Please make sure to hire a professional that really knows what they are doing and are taking your health into consideration, not their "image" as a trainer.
Posted by ShannonJonas at 2:39 PM No comments:

Beginning of week 7...its hard to believe!

Hey Everyone,
I told Scott that I would post a picture today of my progress; drum roll please........there it is. I know to you all it probably doesn't look like much but it is. I'm down to 123 which is close to impossible for me to get to. My inches are what's crazy, total body has been over 15 inches! The camera does no justice but I wanted to prove to you all that even thought the scale may be a little harsh, the inches should still come off! I'm only half way there, believe it or not. I took a side profile this week, so I'll take one during the next "weigh in". I gotta say, I'm pretty proud of myself for being so hardcore about this. If I can do it, SO CAN YOU! 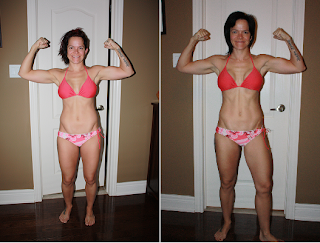 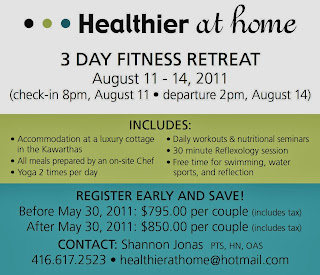 Posted by ShannonJonas at 10:22 PM No comments:

Ahhh, flu season. What to do?

Well it seems it's that time again. You know, when everyone gets flu's and colds. It's a combination of the flux in the daily weather differences (minus 21 today, plus 3 tomorrow), improper dress attire, low vitamin D from our lack of sun, poor nutrition and decrease in exercise from our winter blues. What to do? Well kick it up a notch!
- supplement vitamin D, especially without seeing the sunshine regularly;
- eat properly to support your immune system;
- exercise even if you feel blue, it'll release your happy chemical and keep your body strong;
- dress appropriately for outdoor play; I'm not saying you catch a cold from the cold but if your system is already down, it's a lot harder for it to protect itself when its trying to keep you warm.

If you'd like any information on proper nutrition for the winter months, contact me today!
416-617-2523
Shannon Jonas
www.healthierathome
Posted by ShannonJonas at 9:01 PM No comments:

Down to 124lbs, as of this morning which is GREAT! I'm keeping the muscle but still dropping inches, bye bye fat. Up to 6 liters of water a day...gag! It's pretty easy staying on the meal plan now. My biggest test with be my vacation, boo!

Had a wicked workout yesterday!

Fightin' something off, so I'm hittin' the hay.
Posted by ShannonJonas at 10:24 PM No comments:

Continuing from the beginning...

I have to make a correction from the beginning. I orginally went to school to work with the Elderly not Law and Security, that was later.

After the stabbing incident, I vowed I would never get hurt, physically by anyone. I worked out with the big boys, in a gym where they blared Metallica and had barf buckets set out on the floor. It was pretty extreme! We'd work out till we couldn't move and head to Wendy's immediately after and grab a frosty, chicken breast and a loaded baked potato...ahhh, ignorance is bliss. I continued this very regularly, for many months while trying to manage or as I like to think, ignore my depression that kept surmounting. Push it to the back of your mind and it never happened, right? Wrong! Unfortunately my mind pushed back and I hit rock bottom. With the help of two very special people, Jeff and Aracely, they helped me drudge through the sorrow. I could not have done it without them. I had to work through a lot off issues and needed to learn to ask for help. I ended up moving home because it was to surmounting. I think after I can home, most of it was a blur. I ate the same way I ate when I was training hard but the thing was, I wasn't training. I was sitting and doing absolutely nothing. This is when my percentage of body fat went up (to be honest I never even checked) and I completely checked out of this body. 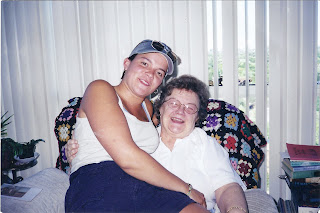 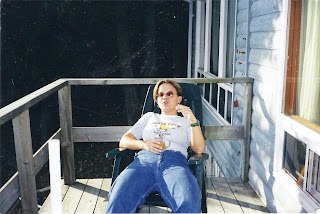 I'm attaching a photo of myself but to be very honest, this wasn't me at my worst. I was probably about 153 but I got up to 160 and for someone who is 5'2, that's a lot of weight to carry.
Posted by ShannonJonas at 5:50 PM No comments:

I didn't budge in weight, at all but I'm still losing inches. Might have to reve it up a little, literally! It's amazing to think that the harder you work, the harder you have to continue to work. That's why I tell my clients, this is an uphill climb...forever. You can never give up on setting goals, you always have to continue the climb to challenge yourself. Just when you think you've got your body figured out, something will change. Whether it be your hormones, your lifestyle or even the fact that you've plateaued...just keep on climbing. We have to strive to be better physically or we can just coast, the choice is yours. Even in your job, you need to either learn and grow so that you can rise or you can stay where your at but why settle? I challenge you to challenge yourself. Maybe a marathon, certain body fat percentage or push yourself to lift that "impossible" weight. All you need to do is remove the "im" or as I see it, "i'm" holding myself back in impossible!
Posted by ShannonJonas at 9:28 PM No comments:

Promote Your Page Too